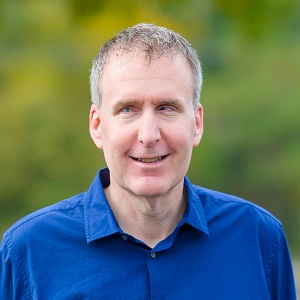 Larry Wanger currently serves as the Disability Vaccine and Opportunities Program Coordinator. In this role, he is responsible for leading efforts to develop materials including toolkits and guides that will assist Centers for Independent Living in responding to current and future public health emergencies.

Prior to working in the Independent Living community, Larry held various positions in the radio and journalism business. Notably, he maintained a website and produced a radio program and podcast called DisabilityNation from 2006 to 2009. This program highlighted disability issues from a national perspective and covered a number of News and feature stories.

Larry has worked extensively in the area of community organizing on issues ranging from access and expansion of public transportation to disability rights, and others. He has served on the board of both the National Council on Independent Living, (NCIL), and the Association of Programs for Rural Independent Living, (APRIL).

Outside of work Larry enjoys reading, computers, technology, running, and is a sports fan. He has completed four marathons, including the New York City Marathon in 2014.

November 29, Give to Able SC for Giving Tuesday!

You can be a part of Able South Carolina’s Story Able SC:…